My Story of 29 Losses in a Row and What They Taught Me? I had never had such a long series of losses and I never imagined that something like this could ever happen with anybody.

It was back in April 2015. I used to trade in Silver Mini contracts on MCX. I got stuck into a bad phase. A strings of losses that lasted for 3 months. I had 29 losses in a row. My account was down 22,584 bucks (22,500 on capital of 1,00,000 was big thing for me then). The average loss that I took in those trades was approximately Rs. 750.
I had never had such a long series of losses and I never imagined that something like this could ever happen with anybody. I mean I had 6 losses, sometimes 9 losses in a row but 29? It was something beyond my comprehension.
I felt as if my whole trading system (on which I had a lot of faith) was a piece of crap.
I tried to remain calm and cool but with every loss, I was losing faith on my system.
It was the same system that had consistently earned me substantial profits in the past but all of a sudden, it seemed to not work.
I revisited my system and checked all the trades just to see whether anything went wrong but no clue. Everything was normal. System was OK and nothing abnormal.
Normally, I revise my system periodically whenever I see any scope for modification and make it better but not this time.
So I decided to stick to the system.
Then there was 30th trade that gave me a profit of 4212 and 31st trade gave me a profit of Rs. 28710. The profit that I had in 31st trade was my biggest profit in a single trade while trading Silver Contracts.
I was above the water once again. The two trades not only recovered my 29 losses but put my account in green as well.
Now there are a few lessons that this episode taught me that are worth sharing to all.
1. Anything can happen in the market. If you think that a certain thing can not happen in the market, wait long and you will see it happening.
You can NEVER with GUARANTEE say that THIS CAN NOT happen. Market is so uncertain and unpredictable that unprecedented keeps on happening every now and then.
2. There WILL be a series of losses in your trading career. I have had many strings of losses before and after this episode as well. The reality is that they come frequently. You CAN NOT STOP them. You can only MANAGE them. So be ready for the NEXT BIG DRAWDOWN because it is bound to come.
3. If you remain disciplined, market will reward you ultimately. Market will test your patience and discipline. It is these phases that you should survive. You will come out of them stronger and better.
4. You can not control the market. You need to manage your trade. Market is uncontrollable machine. It does not operate on your orders. The least that you can do is to manage your trade.
5. Have faith on your trading system specially in bad phases like these. If you deviate from your proven system in bad times, you will not be able to follow any system in future because every system needs to go through tough times and you should better have faith or to the best modify the system to suit the new conditions.
6. You must SURVIVE in order to take benefit when market turns your side. In my case, on the capital of Rs. 1,00,000, after 29 losses, I lost only Rs. 22,500 i.e. 22.5%. Average loss that I took was Rs. 750 (0.75%) and I was THERE in the GAME when the two trades gave me profit. Had I took higher risk (of say 3-4%) on each trade, I would have wiped out almost 90% of my capital and I would not have enough capital to take
benefit of the trades that went in my favor.
Therefore, survival is the key!
That's it!
Hope you drew some learnings out of my experience. Has anybody had the same experience? Do let me know in comment box... 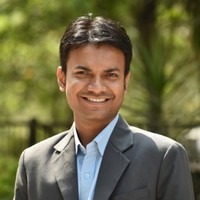